Good Day Farm Arkansas LLC is a state-licensed medical marijuana cultivator. The company announced earlier this year that it will be starting up a new facility in Jefferson Industrial Park in Pine Bluff, AR . The establishment also holds great promise for the Pine Bluff community, not just medical patients.

This new facility comes at a time where the medical industry in Arkansas is on a steady come-up. According to Medical Marijuana Commission spokesperson Scott Hardin, there’s already 32 open dispensaries and eight growers in Pine Bluff alone with more on the way.

“We’re finally there,” Hardin told THV11. “We’re finally at a point where this industry is really moving.” He went on to say that Arkansans have already spent over $200 million on medical cannabis, adding up to over 30,000 pounds of product.

About the Pine Bluff Facility

Good Day Farm received the go-ahead from the Medical Marijuana Commission to purchase another cannabis company, Natural State Wellness Enterprises of Newport. They then moved the operation to the new location in Pine Bluff.

The Pine Bluff facility was recently opened this summer and has been going strong. Good Day Farms aims to hire 170 new staff members right out the gate, alongside any of the 20 employees from the Newport facility willing to relocate.

Alex Gray, a Little Rock attorney investing in the project, spoke a little more about the facility itself. The entire structure takes up 100,000 square feet of the industrial park, including a 42,000 square-foot canopy facility for growing crops.

On average positions at Good Day Farm make $18-19 an hour, and annual payroll that adds up to almost $10 million total. According to Gray, it’s a $25-35 million investment in Pine Bluff. Figures indicate that starting salaries for employees will range between $32-84K a year.|

Check out Good Day Farms Arkansas LLC for yourself and visit Body and Mind West Memphis to pick some up today! 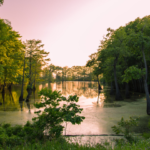